What Filmmakers need to know about Quibi.

If for some crazy reason, you didn’t get a chance to watch this speech, we have you covered.  Are you a Filmmaker who is full of excuses on why you haven’t made it happen for yourself.  Watch This Now!

Mark Duplass will motivate you to go out right now and make your $2.00 Film. Listen in as Mark, a director, actor, writer, and producer, discusses the migration of filmmakers to television, to the emergence of VOD and its impact on micro-budget film. Duplass has eight pieces of advice for those who want to start a career in filmmaking. He also talks on the changing models of film and television distribution/production, how those changes affect those in the independent sphere, and why carving out your particular corner of the sandbox is going to be the key to maintaining creative control in the future.

DSLR Tips – How To Achieve The Film Look 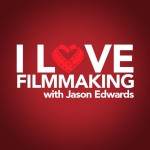